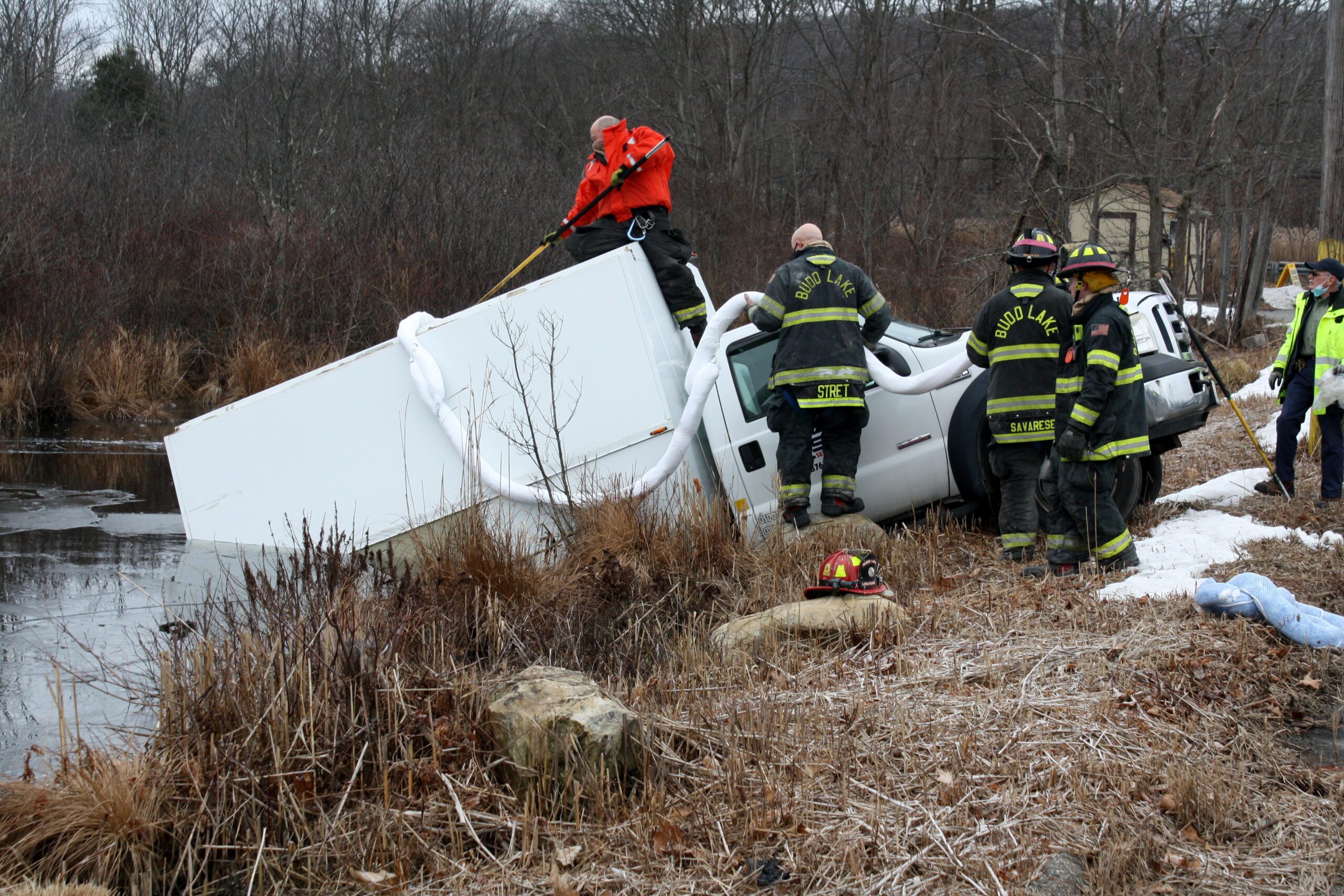 Recently the Fire Department was dispatched to the Budd Lake Fire House for a truck into the river. Car 52 reported a utility type truck the was half over the embankment and half into the river behind the fire house. Engine 59’s crew put out some absorbent booms behind the truck to stop any oils from running in the river. There were no injuries as the truck was just parked there. A heavy tow company was called and the truck was removed and there were no fluids that leaked all units returned to service within a hour.