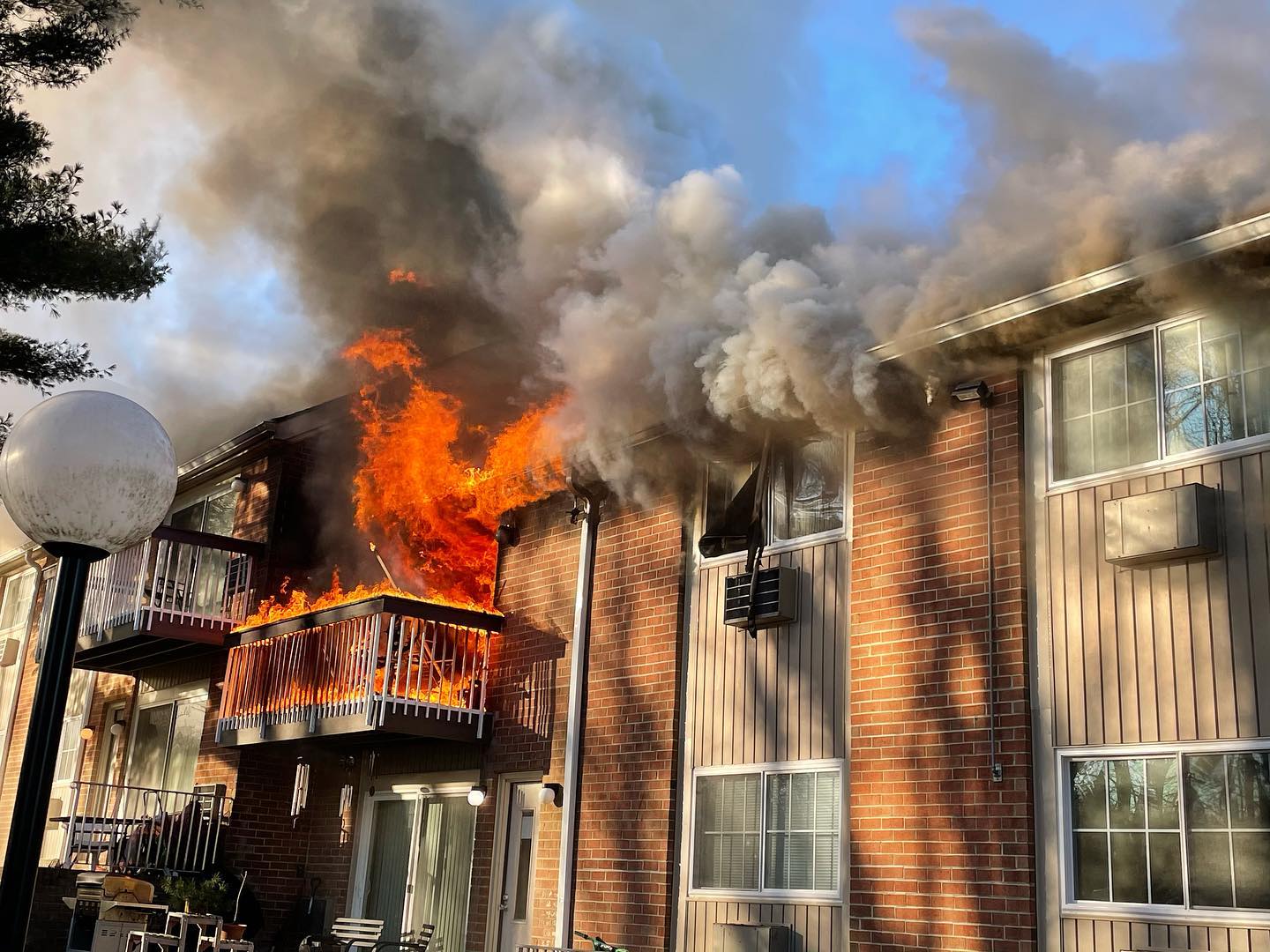 Thursday morning around 8:30 am calls came into the dispatch center for Village Green Apartments reporting a kitchen fire. Car 51 and 52 arrived and reported a working fire with flames coming out the second-floor windows. Engine 53 and Ladder 58 came in, the engine crew stretched a line to the second floor and the ladder went to vent the roof. The attack only lasted 5 minutes the hydrant that was hit was frozen so a second one was hit by Flanders Tower 96, water was established and the crews went back in and started knocking down the fire. Mutual aid arrived with Flanders, Chester, Netcong and Hackettstown fire assisting with suppression and rapid intervention. Schooley’s Mt. fire and Roxbury fire were also on scene to assist. The companies cleared around 12 noon there were no injuries and the fire is under investigation by the Fire Marshal’s Office and the Mount Olive Police Department. Randolph and Mansfield fire along with Long Valley EMS provided Station coverage.