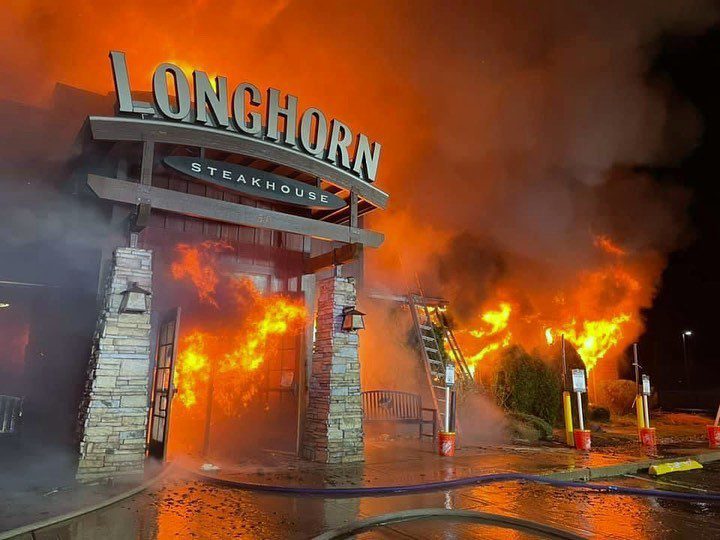 On January 18th Monday night just before midnight Flanders and Budd Lake Fire Companies responded to the Longhorn Steak House on International Dr. for a reported structure fire that came in as a fire alarm and was quickly reported from police as a working fire from the dumpster area. Car 90 arrived and confirmed a fire an requested a second alarm. Engines 59 and 95 arrived and 59 took the hydrant as 95 stretched a handline to the dumpster area an attempted to control the fire. Ladder 58 and Tower 96 were next along with Netcong Fire and took the front an made entre through the front door and started to advance to the rear kitchen area and started an interior attack but were met with heavy fire from the celling area and soon forced out with the roof starting to weaken. The fire advanced so fast crew were forced to go defensive. A third alarm was called and 4 ladders were set up and a colipase zone was set up. The fire was declared under control three hours later. A demolition crew was called to bring down the walls so firefighters could finish putting down the flames. Crews remained on scene till around 8 am as 8 fire companies and several EMS units with over 75 firefighters were on scene assisting and cover assignments. The fire in being investigated by the Mount Olive Police, Fire Marshal’s Office and the Morris County Prosecutors office. Three firefighters were evaluated on scene by EMS and all were found to be ok.